According to an article published in Bugcrowd. Bugcrowd pays out half a million dollars to Whitehat hackers in one week! Sound unreal right? but, that's the money that a professional ethical hacker earns. 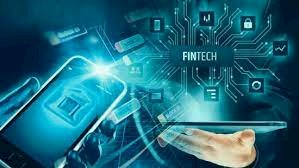 According to an article published in Bugcrowd. Bugcrowd pays out half a million dollars to Whitehat hackers in one week! Sound unreal right? but, that's the money that a professional ethical hacker earns.

Now the question arises how will a company that promises data security to us people prevent itself from a data breach? how can a company be so sure about the security and privacy of its software? how can a company find loopholes in its own security system? even a single loophole can result in a huge breach of data.

Here an ethical hacker saves the day. An ethical hacker also called a white hat hacker is a hacker hired by a firm to perform hacking against the firm's software and security to find and fix the potential loopholes that can result in data breaches.

In other words, he hacks the company's system with their consent and finds problems in their system, in return he gets paid.

WHAT IS ETHICAL HACKING?

Ethical hacking means trying to gain unauthorized access to a company's computer or security system and finding flaws and loopholes along the way.

The information collected during this process is then submitted to the company so that it can be reviewed by the security team and then can be overcome and prevent any potential breach in the future.

An ethical hacker is equipped with a bunch of tools that are paired with experience and rational decision-making.

HOW IS ETHICAL HACKING DIFFERENT FROM HACKING?

The main difference between an ethical hacker and a normal hacker is the intention behind the hacking.

Hackers are also known as Blackhat hackers do hacking for malicious purposes, which is either to gain a monetary benefit or to gain unauthorized access into a system.

Whereas an ethical hacker works for the enhancement of security and to fill up the potholes left in a security system.

When it comes to working as a freelance ethical hacker there are broadly 4 ways to earn money.

Volunteering is generally done for free. Some companies organize unpaid bounty hunt programs, these programs are good ways to gain exposure and experience especially if you are a beginner.

You can also generate leads from these unpaid bounty hunt programs, you can add them to your cv or portfolio which helps in attracting clients in the future.

Volunteering alone may not seem rewarding but it is really a good start to your ethical hacking career.

The good side of the bug bounty program is that you don't have to find clients like in traditional freelancing, all you need to do is join these platforms as their security researchers.

The downside is that the competition is tough if you are a beginner, it will a hard nut to crack for you, but eventually, you will gain experience.

Private bounty hunt programs are invite-only programs, only quality researchers are invited to them.

To get invited to a private bounty hunt program, you need to be an established professional researcher.

The benefit of a private bounty hunt program is that you will be given a fresh product to deal with therefore you have a higher chance of finding a bug, whereas in public bug hunting the product has been reviewed and has gone through security inspections many times therefore all obvious bugs have been already reported.

You can also approach companies and take part in their bounty hunts. Companies like Google, Yahoo, etc are in constant search of good ethical hackers they also conduct their own bounty hunt programs.

If you are a beginner and want to build your portfolio you can approach smaller companies that offer bounty hunt programs and then gradually switch to big companies.

These were the ways by which you can earn as a freelance ethical hacker.

With an increase in freelance culture, freelancing in ethical hacking is also increasing. The average salary of an ethical hacker is $90k and is expected to increase manyfold in upcoming years.

As more and more business and IT companies are raising the demand for ethical hackers will increase almost every security system needs ethical hackers to act as a shield as well as an ointment. Ethical hacking is the job of the future and with the integration of freelancing in it, you can earn many folds.

Ethical hacking is and will continue to be one of the most paid niches in freelancing.

The state of play and social media trends in 2022

What does Your Horoscope Have to Say About Your Profession

Luna Jenkins is a Content Writer Executive who likes to explore the digital world. She is interested in technology, fashion and likes to visit mysterious places. She has successfully elaborated and implemented Search engine optimization and online marketing for many businesses.

James Anthony Yoxon | Want to know the Benefits of Social...

Why is it Important that You Hire the Best Family Lawyer...

GotoAssignmentHelp is the solution centre for all assignments problems of the students....

5 Questions to Ask Yourself When Purchasing Veterinary...

Read this blog to discover five of the top questions you should ask yourself when...

What Are The Various Methods Of House Demolition?

When a house reaches is structural lifespan, it is not regarded to be safe. This...

During Covid-19 how you can extend your stay in foreign country? Get the Registered...

10 Common Pasta Types and Dishes They are Used For

A Basic Guide on Inbound Marketing

Looking for a home improvement agency? Hire Thumbs Up Cleaning. We are the best...

Venture into the New day NFT market with ICO development...