Top Must-have Mobile Game Features Which You Must Include.

In this article, we discuss some of the features that must-have mobile game features that you must include in the good mobile app. Hope it helps you to develop a game app. 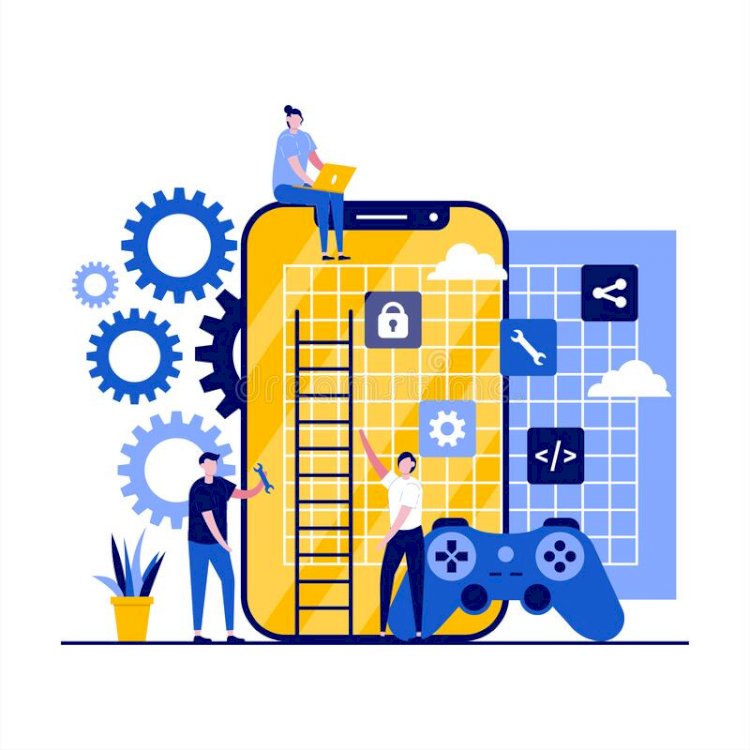 The gaming community has been dominated by devices like PCs and consoles; but with the increasing accessibility of mobile phones and advancement in technologies, like top-notch android game app development services, the mobile gaming industry is rapidly growing.

Mobile gaming has fueled the growth of the global video gaming market. In 2020, the mobile gaming market in the U.S was worth 25.2 billion dollars (approx.), with a compound annual growth rate of 12.3%.

If we take a look at mobile games like subway surf, candy crush, temple run etc., these games are addictive. They have their ways of making you come back for more. They are an excellent source of distraction and a good game knows how to take hold on our attention span.

Several "traps" are constructed into games to make them "alluring”. These traps include the age-old ‘High score’ tactic. One of the most easily recognisable 'traps' is a high score or culmination percentage. Trying to beat the high score (even if it is the player's own score) can keep a player captivated for a long time.

In similar fashion, the world of games is a form of escapism for many people. Role-playing games allow players to do much more than just play; they can create their own characters and forge ahead on adventures that are somewhat unique to that character. As a result, the player develops an emotional attachment to the character, and the story makes it much more difficult to stop playing.

Massive Multiplayer Online Role-Playing Games (MMORPGs) are particularly addictive since there is no "ending" in the traditional sense. Unlike traditional games such as Super Mario Brothers, where you win by saving the princess, you cannot save the princess in an MMORPG.

Matter of fact, even in online games where there is a clear winner at the end, it only takes a few seconds for the player to join the next game. Boredom is unlikely to set in as quickly as it would if you simply repeated the same scripted levels over and over.

The best Android games will keep you occupied. Whatever your interests are — strategy games, first-person shooters, puzzlers, and more.

Let's try looking at what goes into creating a great mobile game:

As a gamer, there is nothing better to fully submerge oneself into a whole new world made up of vibrant colors, patterns and characters. The style of choice may differ from being hyper-realistic, relatable characters to fun-looking, cartoon like graphics.

Eye-catching graphics paired up with a good background score works wonders as the aesthetic value of the game increases.

The most important feature of a game is its gameplay. Every game has its unique gameplay and that is what makes or breaks the entire experience. It can be as simple as tapping at specific places on the screen to get particular results, like in the case of piano tiles, where you tap on keys to create a melody, or it can be vast and calculative like in those games where the user builds a simulation of their own and controls it.

Simplicity is key in mobile games. It should be easy to understand but it should also challenge the user to some extent. If the game is too basic, it will get difficult to hold the gamer’s interest.

Almost every game in today’s date provides an option to link or connect your account with various social media networks.

We can connect directly with our Google, Apple, or Facebook account. This helps in building a community of the people enjoying a common game and is also a great way of advertising it.

Most of the time, this is ensured by providing rewards or points to the players. This technique is called incentivised social media connection.

This also benefits the players as they can connect with their friends and ask for “lives” and game currencies when in need.

They are a sort of ranking system that ranks the players according to their performances and achievements in the game. Introducing a sense of competition in the game is a smart move as the players will spend more time and resources to bag a win.

By showing the leaderboard after every stage, the player can be compelled to perform better each time they enter a new level.

It is necessary to keep the players hooked but if the game starts taking up too much time and energy, without leaving room for anything else, it might become a problem.

The game should not put too much strain on the device. If while playing the game, there is hindrance while using other applications, the user will most likely uninstall it.

Similarly, the game should provide windows of opportunity to the player to carry out their tasks without it taking a hit in their performance or stats.

Battles between players are one of the most thrilling forms of social engagement.

PvP matches can be synchronous or asynchronous, depending on the game type. In other words, they can occur in real time or in succession.

Players compete against one another in real-time in synchronous PvP matches.

Players fight other players in asynchronous PvP bouts. The main difference is that it does not take place in real time.

How do games identify who their opponents are?

This is determined by the matchmaking mode you've chosen. For instance, the game can choose their opponents at random, players can choose whomever they like, or they can choose from a list you provide.

A competitive mode like this can have a big impact on your game's engagement rates, no matter how it works.

Hangout rooms allow players to simply socialize, interact or chat with other players.

Sometimes, it is fun to simply sit back and enjoy the virtual company of those who might be completely in different parts of the world, but are connected to us through the game we are playing.

When players achieve something great in a game, such as defeating stronger opponents, they may want to share their achievement.

This feature not only allows players to speculate about their achievements, but it can also help you attract new, similar types of players. What's your favorite aspect? Because it is user-generated content, these players will come to your game without you having to spend a dime.

It is also a concern for tablets, notwithstanding their relatively large field of vision and higher graphic adherence. When playing the same game on a tablet, the joysticks become difficult to use with any degree of accuracy because they are more spaced out than the corresponding ones on a mobile phone.

Another disadvantage of using a larger screen to play the same games is that the Heads-Up Display (HUD) is pushed to the user's peripheral vision. Whereas a mobile phone's screen is smaller, it is always in the user's line of sight, whereas a tablet screen requires them to break their focus on the action and look to the edges for important game information.

Games can be an excellent way to impart knowledge in a fun way. They are crucial in terms of keeping the user engaged, and if used properly, there can be a plethora of innovative ways to learn new things in a shorter amount of time without becoming tiresome.

Using Duolingo as an example, it is well known that language acquisition as an adult can be challenging, but Duolingo makes learning a new language fun by using fun animation, rewards, and so forth.

Mobile games have the potential to become popular in a short period of time because they can easily reach a larger audience. However, as simple as it may appear, the competition is fierce, and thus they must be unique in a way to sustain, so the player comes back for more.

The best web design and development

Some interesting facts regarding the CBD Boxes Wholesale

You can actually take a 'Mamma Mia' cruise

Feel Good About Yourself And Kick Goodbye To Body Pain...

Lose Weight but in a Fun Way

If you are also interested in maintaining your weight as per the Body Mass Index...

Kraft is one of the safest materials to design a functional and safe packaging....

4 steps that will teach you the techniques to do well in...

When the exams are near, you need to start revising more and more. Practicing papers...

LOGOS FOR COMPANIES: ADVANTAGES OF HAVING A GOOD LOGO

When people ask us, for example, what is our favorite drink brand, the first thing...

How Old Car Removal Can Help The Environment?

WA Wreckers has the best team of professionals who will come and pick up your car...

THE BEST BARBER TOOLS AND ACCESSORIES

K5 International comes up with another collection of best barber accessories for...

A Perfect Guide To Get Computer Science Assignment Help

Do you need help to complete your computer science assignment on the technique of...